Listening live may increase your lifespan 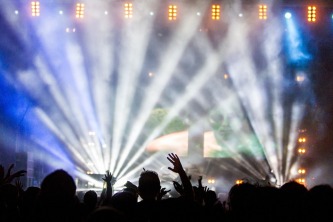 Attending a live music gig once a fortnight could have life expectancy rocketing by nine years due to its power to positively impact wellbeing, new scientific research reveals.

The scientific study by O2 and Patrick Fagan, expert in behavioural science and Associate Lecturer at Goldsmith’s University, reveals there is an alternative cure for those struggling to find their Mr. Brightside, and it can be found at your local music venue –  with just 20 minutes of gig-time resulting in a significant 21% increase in feelings of wellbeing. Added to this, additional scholarly research directly links high levels of wellbeing with a lifespan increase of nine years pointing to a direct link between gig-going and longevity.

The findings come off the back of bespoke psychometric and heart-rate tests at a range of wellbeing activities – including gig-going, yoga and dog walking. The gig experience increased participants feelings of wellbeing by 21% – with key markers across the happiness spectrum showing increases, including feelings of self-worth (+25%) and closeness to others (+25%) whilst mental stimulation climbed by an impressive 75%.

Many other studies show links between listening and performing music and well-being and happiness.

So go ahead, buy those tickets and make those plans to listen live or strum those strings, tickle those keys and sing out loud! Your life may be happier and longer because if it!

Are you ready? Life could be better  . . . Wishful Thinking Works Life Coaching