A RARE approach: “The Happiness Project”

Good Monday morning!  As promised, here are more things I like about Gretchen Rubin’s book, The Happiness Project.

1.  It was fun to read, had a nice flow to it, and was a bit like listening to an interesting friend.

2. She had a great way of blending her skills as a researcher with her talents for storytelling.

3. I liked the approach she used to create the life she wanted, which I am describing as RARE:

Gretchen did her Research (R), took Action (A) and time to Review (R) her findings while remaining Enthusiastic (E) throughout the process. I like that, and think it is pretty RARE for someone to do in their personal life.

Gretchen took time to figure out what she cared about – living a fuller life – and what she thought was missing – happiness, well, a deeper, richer happiness – then she spent time researching the topic – happiness – to find out if there were already answers to the question she was asking herself: Could I change my life without really changing my life? I am sort-of putting words into Gretchen’s head – but they represent the idea of what she was thinking.  She did not want to reinvent the wheel – her life – she liked her life, but she felt she could improve the way it was rolling along.

Gretchen read everything she could get her hands on related to happiness from “Aristotle to Martin Seligman [father of the field of positive psychology] to Thoreau to Oprah” (Her words, except for the [ ].)

The research she did was her first action step; her second step was organizing what she read and devising a series of “experiments” for herself – she tried all sorts of methods for increasing her happiness; her third was creating charts to guide and track her progress.

Sounds like a lot of work, and it was, but she made it fun, and as simple as possible.  Gretchen knew if she tried to change her life in a haphazard fashion, she wouldn’t see the results she wanted – so she planned, charted and even started a blog.  Very cool.

I love this part of her approach. Gretchen reviewed what worked and what didn’t work for her, and then made adjustments when needed instead of abandoning her efforts.

No, throwing the baby out with the bath water for her!  No, “Why can’t I ever follow through with anything?”  No, “Why do things never work for me?” Gretchen reduced her self-incriminations and ramped-up the getting-up and dusting-off her pants part.

She never gave-up, she simply gave herself feedback and listened to it!  I like this, but not this.  Hmm, this seems to be working, but I feel it would even better if I . . . I really do not like this aspect, but I still want to keep going, so maybe I will try this instead! Okay, I am once again putting words into Gretchen’s head, but she knows what I am up to – so I am hoping she doesn’t mind.

And, last but certainly not least, Gretchen remained . . .

She celebrated her successes – big or small – and rewarded  herself along the way.  The celebrations and rewards kept her enthusiasm high, and allowed more time for positive results to develop, which improved her life and gave her the energy she needed to keep going.

I am not saying she never felt disillusioned, she did and explains when and why in her book with humor and engaging humility, but she did not let those feelings stop her.

Gretchen used a RARE year-long approach to finding happiness, and it worked.  Join me Mondays in May for the details.

Have a great day, and remember May is a time of new beginnings and the perfect time to begin planning the life you want. 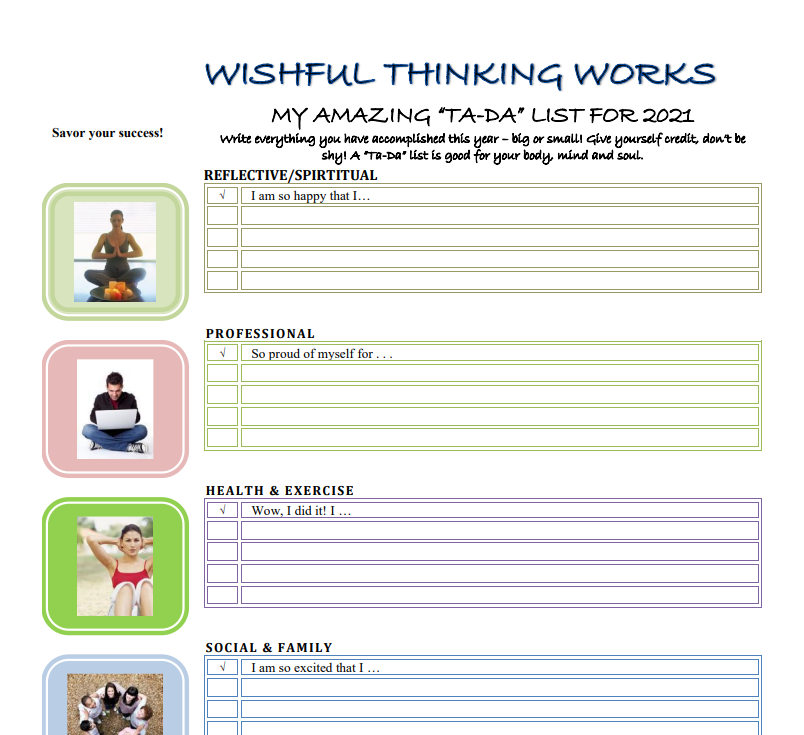